Welcome to CastleDAO, General! In this game, your goal is to protect your land and battle against enemies using NFTs (non-fungible tokens). These tokens represent powerful warriors, each with their own unique art, abilities, and attributes. You can find a variety of NFT collections in the blacksmith, including Castles, Generals, DefiHeroes, and SmolBrawlers. Some of these collections can be minted for free, while others require ETH.

To train your warriors and improve their attributes, visit the "Training" section of the map. Here, you can send your Generals and DefiHeroes on quests to gain experience, which can be used to level up their stats.

To participate in battles, you'll need to create a deck using a combination of NFTs from the various collections available. There are three game modes to choose from: Classic, Modern, and Tower. Classic mode requires a Castle and a General, while Modern mode allows for any combination of NFTs or demo warriors. To create your deck, select the required number of warriors from the available collections, taking into consideration their attributes and abilities.

Warriors have the following attributes: Constitution (health points), Strength (physical damage), Agility (probability to dodge and critical hit), Defense (damage reduction), Ability Power (modifier for abilities), Speed (order of attack), Magic Resistance (resistance to abilities), and Intelligence (mana regeneration). You can also equip your warriors with items to boost their stats and abilities. Each warrior has a capacity for a certain number of items, ranging from 20-40, with Castles able to hold up to 250.

To initiate a battle, visit the "Battles" section of the map and choose your opponent. You'll be able to see your opponent's deck and strategize your moves based on their warriors' attributes and abilities. The battle will be resolved based on the stats and abilities of each warrior, with the victor being determined by the surviving side.

We hope this guide helps you on your journey as a General in CastleDAO. Good luck in your battles! 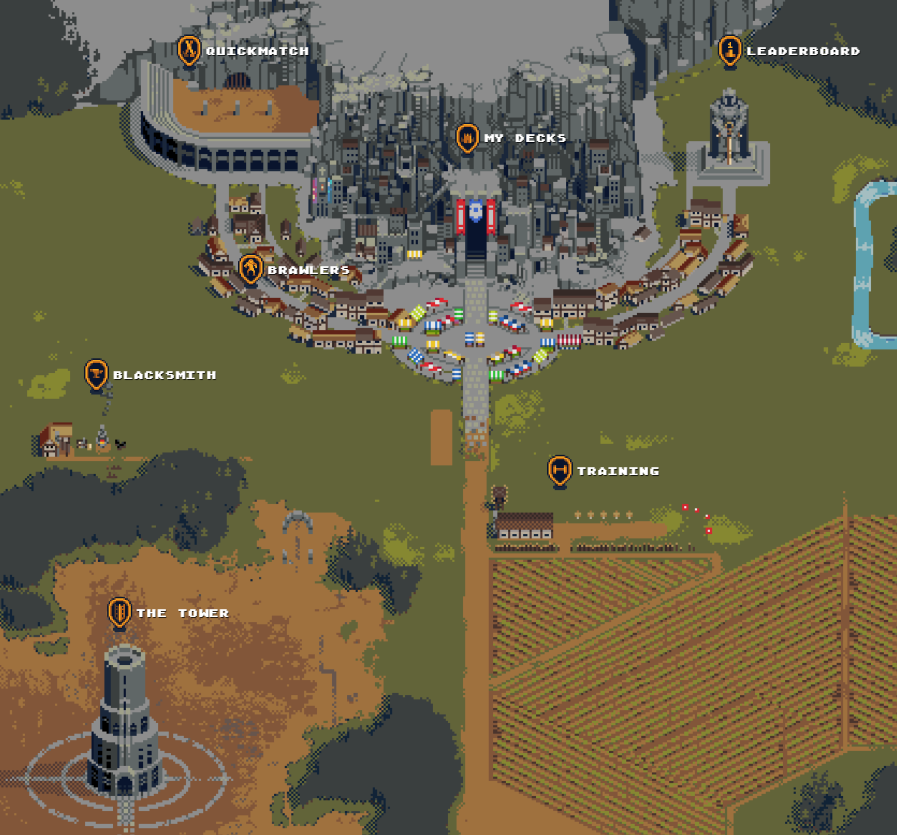 Generals in CastleDAO need some NFTs to fight against each other and determine who is the bravest of all.

Luckily, in the blacksmith there are some Free Mints that you can have to get started, or remember, you can also invoke many of our integrated collections.

In the blacksmith you will find our different collections:

All of our collections have interesting powers and abilities that are relevant to the CastleDAO game.

All of them have unique artworks, strength, speed, abilities and other attributes that we will see later on.

In the blacksmith you can invoke our collections, some of them are free to mint and others cost some ETH.

Generals and DefiHeroes have some attributes that live on-chain, meaning that their power stays with them forever.

You can level up your Generals and DefiHeroes on the "Training" section of the map.

Each of these warriors can go on a quest every 24 hours, and then use the experience to level up all their attributes by one.

How to create a deck?

If you want to start battling, you will need to create a deck. Decks hold your warriors and determine your fighting strategy.

Visit the "My Decks" section and choose one of the gaming modes.

Each game mode requires a different combination of cards. To play Classic you will need to own a Castle and a General. But in Modern you can play with any combination of NFTs or Demo Warriors.

To create your deck, select the required number of Warriors (NFTs) from any of the different collections integrated in CastleDAO.

Each collection and warrior have different Attributes. Those attributes are determined by each collection, rarity and other factors decided during the integration of the collection.

What are the different warrior attributes?

The following is a explanation of what each attribute means:

To boost your warriors you can add items to each of them by clicking on "Manage Items": 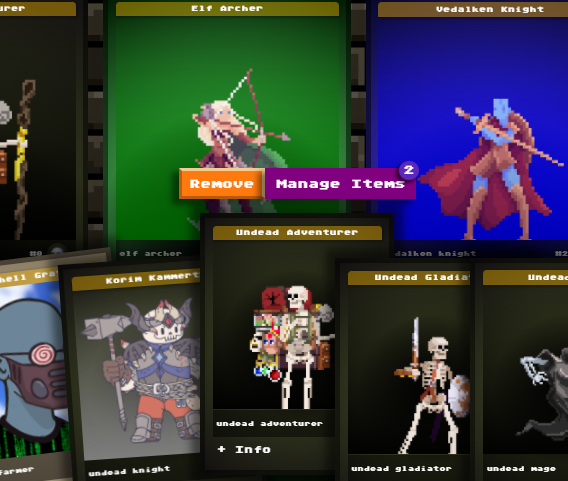 Each warrior has a capacity (amount of slots for items) that varies between 20-40. Castles have additional capacity, up to 250.

Items will give your warriors additional boosts and abilities. 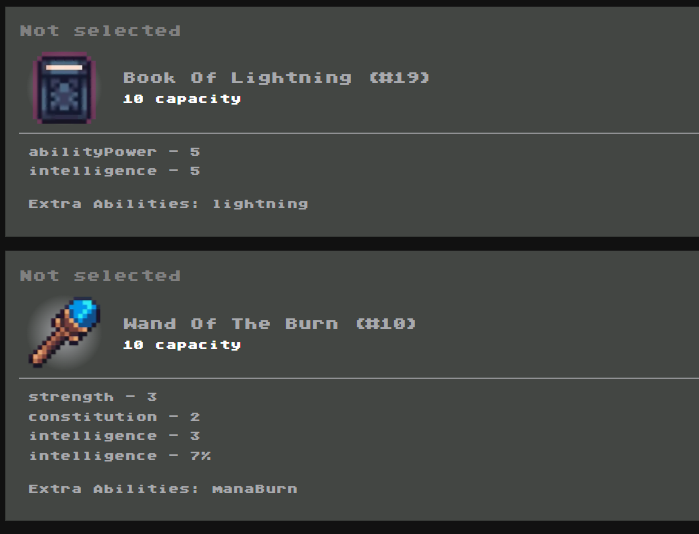 Abilities are casted at the beginning of the turn. Each warrior can cast one ability and then their mana goes back to 0.

This is a list of the current game abilities:

Some warriors have special passive abilities that are always active.

Once you have completed your deck and saved it, you can proceed to do a QuickMatch: 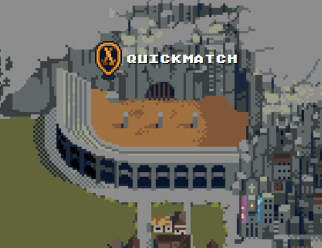 If you are playing modern, for example, it will use your Modern deck and match you against an opponent. 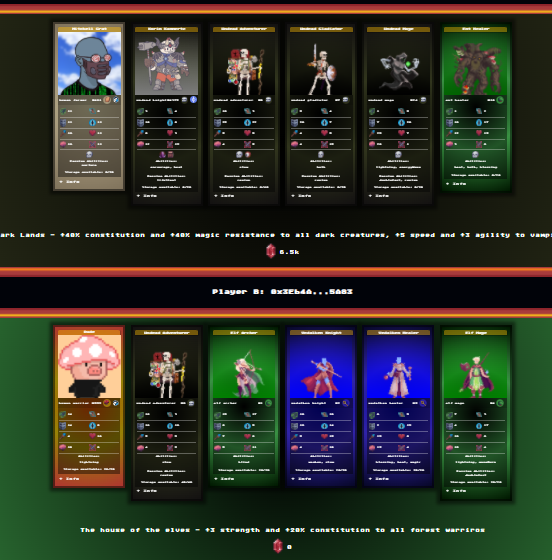 Click on "Start combat" and see the execution of the combat.

Right now CastleDAO only supports automattic combats, where the fate of the winner is decided by the attributes of the warriors, items and abilities.

Each battle have different turns and each turn is divided into different phases:

Removes effects from cards, such as poison, fire, etc, that have expired.

Each warrior adds mana based on their Intelligence

The ruby system in CastleDAO works as a way to participate in battles and win rewards. Here's a quick guide on how it works:

If you have any other problem or question, please, refer to our Discord.